How fingerprint authentication compromises your security ?

On most of modern smartphone devices fingerprint authentication is becoming popular, but using it may compromise your security. On Android and iOS devices fingerprint authentication is used to unlock the device and also to access some third party devices instead of using the original password.
Any body having access to your phone and the 4 digits of your pass code can access all your apps and accounts without any problem. He needs to unlock the device using the 4 digits pass code, then add a new fingerprint (his own), he has now access to all your accounts including payments. 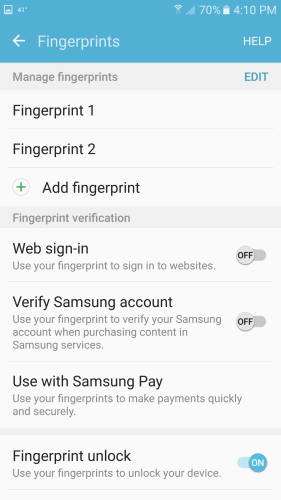 I think this issue can be easily fixed by enhancing the security of adding a new fingerprint to your phone.
Publié par Mohamed Amine Bergach Aucun commentaire:

Here is a small snippet of code that can be used to compute geometric mean of a set of numbers in Python: